What Is the Federal Funds Rate?

The federal funds rate is the interest rate at which banks lend funds to each other from their deposits at the Federal Reserve, usually overnight, in order to meet reserve requirements. The Fed also raised a number of other rates related to funds moving between Federal Reserve banks and other banks. The Fed does not directly control consumer savings or credit rates, but the federal funds rate serves as a benchmark for many short-term rates, such as savings accounts, money market accounts, and short-term bonds.

The prime rate, which commercial banks charge their best customers, is typically about 3% above the federal funds rate. Other forms of business and consumer credit–such as small-business loans, adjustable-rate mortgages, auto loans, and credit cards–are often directly linked to the prime rate. Actual rates can vary widely. Fixed-rate home mortgages and other long-term loans are generally not linked directly to the prime rate, but may be indirectly affected by it

The FOMC expects economic conditions to “warrant only gradual increases” in the federal funds rate. Most Committee members projected a target range between 0.75% and 1.75% by the end of 2016, so you can probably expect a series of small increases this year. Although rising interest rates make it more expensive for consumers to borrow, higher rates could be good for retirees and savers who seek current income from bank accounts, CDs, bonds, and other fixed-interest investments.

The FDIC insures CDs and bank savings accounts, which generally provide a fixed rate of return, up to $250,000 per depositor, per insured institution. The principal value of bonds may fluctuate with market conditions. Bonds redeemed prior to maturity may be worth more or less than their original cost. Investments seeking to achieve higher yields also involve a higher degree of risk.

Stay up-to-date with the latest business trends, tips and revenue-generating ideas affecting you and your business by subscribing to the Skoda Minotti Blog or by following us on LinkedIn, Twitter @skodaminotti, and Facebook 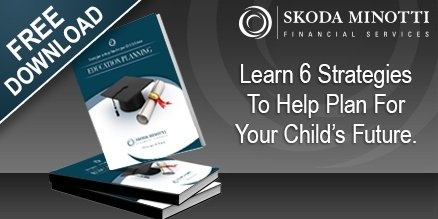 ← What’s New in the World of Higher Education?

Practical Ways to Enhance the Value of Your Business →

Talking to Your Teen About Money

Investing in Yourself for a Change