In May 2014, after many years of deliberation, the Financial Accounting Standards Board (FASB) finally issued its new revenue recognition standard (ASU 2014-09 – Revenue from Contracts with Customers). And it’s a bear! So much so that since its release, the FASB has issued five related standards and formed 16 industry task groups to help clarify and explain the standard. The complexity of the new standard certainly was a factor in delaying its required implementation to January 1, 2019, for private companies with calendar year ends.

The new standard includes a comprehensive “five-step” process that an entity should consider when assessing revenue recognition on its contracts. Those five steps consist of: 1) identifying contracts for which the standard applies; 2) identifying each separate performance obligation within those contracts; 3) determining the transaction price after identifying all forms of consideration involved; 4) allocating the transaction price to be recognized as revenue to each performance obligation; and 5) determining the amount of revenue to be recognized during the reporting period.

Each of these steps contains many provisions that must be addressed, but before discussing those roadblocks, there are several things to keep in mind that, at least to some extent, pave the way for implementation of the new standard for companies in the construction industry:

But what about those ROADBLOCKS?

What about Change Orders?

Prevalent in the construction industry, change orders are a type of contract modification and are assessed differently under the new standard depending on whether the change has been approved in scope and / or price.  If both have been approved, the amount of the change order is added to the contract amount—simple enough! If only the scope of the change order has been approved (unpriced change orders), then the amount to be added to the contract amount is assessed as variable consideration and estimated under two approaches – “Most Likely” and “Expected Value”.  The Most Likely approach is most consistent with the old standard (i.e., recognize revenues when the price can be reasonably measured) and is used only when there are limited possible outcomes. The Expected Value approach – a real pothole – is used when the final amount paid ultimately will fall within a range of prices. Under this approach, a company essentially performs a weighted average calculation of the revenue to be included in the contract price based on the probability of each possible pricing outcome.

What happens when neither the scope nor price has been approved (i.e., construction claims)?  Construction claims are still accounted for as variable consideration under the new standard, but the threshold for revenue recognition is actually more flexible—under the old standard, revenues were only recognized to the extent of costs incurred and any profits were not recognized until the customer approved the claim.  The new standard allows an amount to be included in the contract price as long as it is “probable” (as in more likely to occur or a probability threshold often interpreted to be around 75 percent). That a significant reversal of the revenue recognized on the claim will not happen in the future. This constraint to revenue recognition and the two approaches noted above for measuring possible increases or decreases in the transaction price applies not only to unpriced change orders and construction claims, but to all types of variable consideration including awards, incentive payments and bonus payments (additions to transaction price) and also liquidation damages and back charges (minuses).

Of course, there are many roadblocks to consider when evaluating these two criteria – good luck, drive carefully and see your local professional! And if both criteria are not met?  Then the modification is accounted for as part of the existing contract depending on the existence of criteria (i) above (i.e., distinct criteria). If the additional goods or services are distinct but not at stand-alone selling prices, the modification is accounted for prospectively with the transaction price adjusted to include the new variable consideration amount, plus unrecognized revenue from the modified contract. If the additional goods or services are not distinct (which presumably, there would not be stand-alone selling prices), then the modification is accounted for with a cumulative catch-up adjustment by adjusting costs incurred to date and the transaction price for the variable consideration amount.

For many companies, determining whether separate performance obligations exist (step #2) within the initial contract and subsequent modifications to that contract as discussed above will be the most difficult barrier to drive through. And the foundational concept underlying this determination is identifying each promise made by the company to transfer distinct goods or services, even if bundled or in a series of distinct goods or services.

Does Your Company Qualify?

And now for the most critical roadblock, determining if your company qualifies for revenue recognition during the period the performance obligation is satisfied (i.e., in a manner consistent with percentage of completion method under old rules). Under the new standard, revenue is recognized when control of the good or service is transferred to the customer—and that takes place either at a “point in time” or “over time”.

For contractors accustomed to recognizing revenues using the percentage of completion method, qualifying for “over time” revenue recognition is the primary fork in the road – over time revenue recognition under the new standard can only be used when performance by the company / contractor: (i) creates or enhances an asset that the customer controls, or (ii) is received and consumed by the customer at the same time performance occurs or (iii) does not create an asset with alternative use to the contractor and the contractor has a right to payment for performance completed to date, including a reasonable profit margin.

In most cases, contractors will be looking toward criteria (i) for purposes of qualifying for over time revenue recognition and the key will be assessing when control is being transferred to the customer.  If the criteria for over time revenue recognition is not met, revenue would not be recognized until the customer has accepted the risk and rewards of ownership, taken legal title (if applicable) and physical possession, and has a legal obligation to pay the contractor.  Until then, a transfer of control has likely not taken place, and as a result, revenue would not be recognized until a point in time when that occurs.

Once a company has taken the fork in the road towards over time revenue recognition, the next step is to determine the best method to measure progress towards completion. Most companies will still use cost incurred to date relative to total estimated costs as a basis for measuring progress although other input methods such as labor hours, machine hours or time lapsed may also be used.

Output methods (such as milestones reached or results achieved) are also an option but are more subjective in nature.  But regardless of the method used to measure progress, the new standard still has potholes regarding which costs that can be included in the measurement of progress – and remember, only those costs are used to recognize revenues and have a profit component. Certain other costs are treated differently and are excluded from the measurement of progress – those costs are either: (i) expensed as incurred with $0 revenue recognition (costs related to significant inefficiencies), (ii) expensed as incurred with revenues recognized only to the extent of costs incurred (costs not indicative of performance such as certain equipment purchased and installed by contractor) or (iii) capitalized and amortized over the life of the contract (costs that do not transfer value such as setup costs, mobilization costs, cost of bonds, etc.).

You will need to decide how to transition to the new standard under two alternative methods: (i) the Full Retrospective method or (ii) the Modified Retrospective method.  Even the names are daunting!  When comparative financial statements are presented, the Full Retrospective method requires restatement of the prior year financials in accordance with the new standard including a cumulative effect adjustment to retained earnings as of the first day of the prior year presented – this method essentially pushes the effective date back one full year – so I’m not sure why any private company would want to endure this pain!

There is so much here to consider here!  And we have not touched on other roadblocks that you should keep in mind including when a contract may have a financing component and how to allocate transaction price when a contract has multiple performance obligations!  We tried to provide some framework of the concepts and terminology used in the new standards and the challenges ahead – a deeper dive with your team of accountants will be necessary to implement this significant new standard.

Questions about the new revenue recognition standard for your business? The Skoda Minotti Real Estate and Construction Group is here to help. Just contact me at mluker@skodaminotti.com or call 813-288-8826. 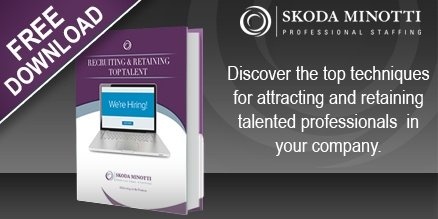 ← Capitalizing on Current Events in Your Social Media Posts