The Case of the Missing Post-Acquisition Income

One of my favorite games as a kid was the murder-mystery classic Clue.  Do you remember trying to deduce the culprit, the murder weapon and the room in which the attack took place?

“I think it was Colonel Mustard in the kitchen with the candlestick.”

“I think it was Mrs. Peacock in the hall with the knife.”

“I think it was Mrs. White in the billiard room with the lead pipe.”

Clue was a great “whodunit” game in which players had to use their sleuthing skills to piece clues together to solve a mystery.  Who knew that those same tracking skills would be necessary in piecing together the mystery of why an acquired company’s post-acquisition income is often lower than its historical levels.  While “The Case of the Missing Post-Acquisition Income” is not likely to make it to market in time for gift giving, there are some important lessons for investors and users of financial statements to learn from this fiscal mystery.

In many cases, when reported income immediately declines after an acquisition, integration costs and customer attrition are the primary causes.  Let’s assume that these factors are not an issue for the moment, though.  Even in the event that an acquired company operates at the same exact level of activity pre- and post-acquisition, the reported income in those two periods can differ significantly as a result of two lesser-known culprits: deferred revenue and inventory.

Deferred revenue is an accounting term for cash that is received as a prepayment for a product or service – the related revenue is not actually recognized until the goods are shipped or the services are rendered.

Deferred revenue is not the only sneaky perpetrator that can hamper post-acquisition earnings – inventory also impacts an acquired company’s financials.

Between the reduction in revenue (from deferred revenue) and decrease in gross profit (from inventory), an acquired company’s reported financial performance can look significantly worse during its first post-acquisition year than its underlying activity would actually indicate.  Due to the unique accounting provisions related to deferred revenue and inventory that are triggered when an acquisition occurs, a company operating at the exact same level both pre- and post-acquisition could have materially lower profitability levels for the first year or two after an acquisition while the impact of the deferred revenue write-down and inventory step-up is felt.

Therefore, it is important that we grab our sleuthing hats and magnifying glasses, dig into the clues in the financial statement footnotes and keep these factors in mind when setting covenants and analyzing a company’s immediate post-acquisition performance because it may end up being a victim of “The Case of the Missing Post-Acquisition Income.” 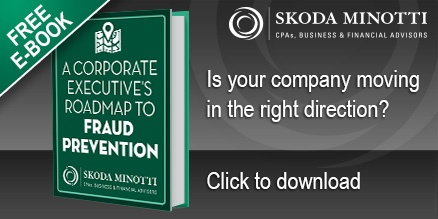 On The Hiking Trail →

Positioning Your Business for Longevity