After the Wayfair v. South Dakota decision last year, tax practitioners knew it wouldn’t take long for states to more aggressively tax trusts. On June 21, the Supreme Court issued a unanimous opinion that helps to define boundaries in this regard.

Essentially, North Carolina attempted to tax the trust on income not distributed citing that its beneficiary lived in North Carolina. The trust wasn’t administered there, the trustee didn’t live there, and because of how the trust document was worded, the beneficiaries of the trust had no right to demand income, nor did they have an expectation of income in the future due to certain contingencies.

The trust filed a due process challenge, which means that the taxing jurisdiction – in this case North Carolina – has to prove that the taxes “bear fiscal relation to protection, opportunities, and benefits given by the state.” (JC Penney Co, 311 U.S. 435, 444 (1940))

The issue is that in general, trusts and the individuals involved in them are separate taxable entities. Even though the beneficiary had a ‘definite link’ to North Carolina, the trust had none as defined by the due process Clause of the 14th Amendment and held in cases like the standard-setting Quill decision.

In order to determine if North Carolina had a definite link and therefore rights to tax the trust under the due process clause, the Court examined factors that included:

It should be noted that this ruling is not a free pass from state taxation on trust income. The majority opinion states that “The Court has decided that States may tax trust income that is actually distributed to an in-state beneficiary. In those circumstances, the beneficiary ‘own[s] and enjoy[s]’ an interest in the trust property, and the state can exact a tax in exchange for offering the beneficiary protection.”

Do you have questions about the Supreme Court’s decision or other tax-related issues? Please contact Mallory Parker, at 440-449-6800 or mparker@skodaminotti.com. 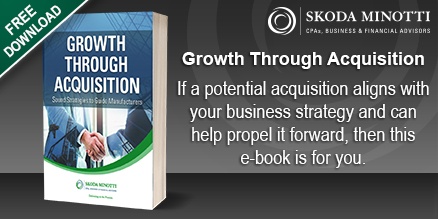