In late September, the Ohio Supreme Court issued a blow to municipalities and public authorities seeking to enforce local hiring requirements on public construction projects. In a close decision, the high court upheld a 2016 state law that prohibits municipalities from guaranteeing that a percentage of the work must be done by workers who reside in the city.

In 2003, the Cleveland City Council enacted a much-disputed law that required public construction contracts valued at $100,000 or more to include a provision mandating that Cleveland residents perform 20 percent of the total construction labor hours on the contract and at least 4 percent by impoverished workers. Known as the “Fannie Lewis Law,” its intent was to keep money in local communities and connect underserved populations with economic opportunity. Contractors that were awarded projects but failed to comply were subject to monetary penalties, possible contract termination and disqualification from future public work for the city.

The City of Akron has a similar law that requires employing local people for public works projects. Akron has undertaken a $1.2 billion sewer project that required a 50 percent local worker participation rate.

The City of Cleveland challenged the state law, arguing that it violated home rule authority, which gives the city the right to govern local matters. The Cuyahoga County Court of Common Pleas sided with Cleveland, and Ohio’s Eighth District Court of Appeals affirmed the decision. This set the stage for an appeal to the Ohio Supreme Court.

The dispute pitted Article XVIII, Section 3 of the Ohio Constitution, known as the “Home Rule Amendment,” against Article II, Section 34 of the Ohio Constitution which allows the Ohio General Assembly to pass laws for employees’ comfort and general welfare. Cleveland and other local governments held the position that the Fannie Lewis Law and similar laws do not provide residency requirements but rather address the terms on which local governments may contract for public improvements in their exercise of self-government and spending. They argued that the Home Rule Amendment authorizes local governments—not the state—to dictate such contractual terms.

The Ohio General Assembly recognizes the “inalienable and fundamental right of an individual to choose where to live.” The state argued that “it is a matter of statewide concern to generally allow the employees working on Ohio’s public improvement projects to choose where to live, and that it is necessary in order to provide for the comfort, health, safety, and general welfare of those employees to generally prohibit public authorities from requiring contractors, as a condition of accepting contracts for public improvement projects, to employ a certain number or percentage of individuals who reside in any specific area of the state.”

In a 4-3 vote, the Ohio Supreme Court held that the broad constitutional authority granted to the state to legislate for the general welfare supersedes home rule authority. The Court wrote, “Because every resident of a political subdivision is affected by the residency restrictions imposed by another political subdivision, the statute provides for the comfort and general welfare of all Ohio construction employees and therefore supersedes conflicting local ordinances.”

Unless the Ohio General Assembly changes the law or a future Ohio Supreme Court opinion reverses course, however, local hiring requirements are no longer enforceable in public contracts throughout Ohio.

Do you have questions about this ruling, or other real estate and construction issues? Please contact Roger Gingerich, CPA/ABV, CVA, CCA, at 440-449-6800 or rgingerich@skodaminotti.com. 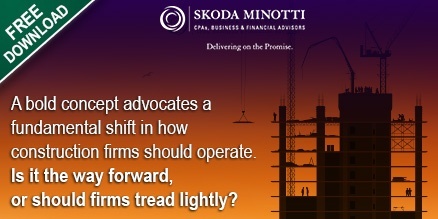 ← How Do Insurance Catastrophe Bonds Work?