The IRS will be issuing regulations and guidance to clarify the treatment of state income taxes recharacterized by states as a charitable deduction to work around new state and local tax (SALT) limitations. Several states have either enacted or plan to enact legislation to combat changes in SALT deductibility enacted by Congress in December 2017. These actions are intended to keep taxpayers from leaving their states.

As you may know, the amount of SALT that is deductible to taxpayers will be limited to $10,000 ($5,000 for married taxpayers filing separately). States dramatically impacted by this change include California, New Jersey, New York and Texas, which impose either significant real estate taxes and/or state income taxes. As a result of this federal change, the states are examining different means to give their taxpayers a deduction that will mitigate the limitation of the federal SALT deduction.

Several states have either enacted or proposed legislation that will permit a taxpayer to make payments to a state-controlled fund/state charitable entity for satisfaction of SALT liabilities. The payment would then be recharacterized as a charitable donation instead of a state tax payment. By being classified as a charitable donation, the payment would be deductible, while the same payment would potentially not be deductible if made as a state tax payment because of the new limitations. The IRS has indicated that the guidance it will issue will address the potential workarounds that states are adopting.

Additionally, the IRS has indicated that the characterization of a payment is determined under federal tax law, not state tax law. As such, the IRS is cautioning that before a taxpayer makes one of these payments, they should be aware of the fact it might not qualify as a charitable donation in the future for federal tax purposes. New Jersey has indicated it will challenge any IRS position that disallows a charitable deduction to New Jersey taxpayers taking advantage of the newly enacted law.

Stay tuned for future blogs on the various laws enacted by the states to mitigate the federal limitation of state and local taxes. Need more information? Please contact Mary Jo Dolson at 888-201-4484 or mdolson@skodaminotti.com with any questions or concerns. 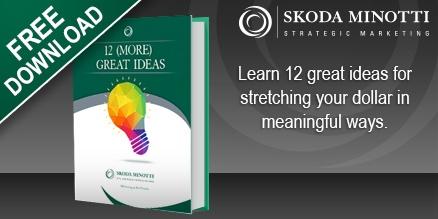 ← Integrating AI Into the Supply Chain

Augmented Reality Is Changing Manufacturing for the Better →