Approximately 8% of U.S. adults either hold or trade in some form of virtual currency. This translates into approximately 12 million tax returns that should be reporting virtual currency transactions. In actuality, the number of transactions being reported is far fewer, so the IRS has stepped up its guidance, education and enforcement efforts.

The IRS first issued virtual currency guidance in 2014, when the new commodity was sparsely utilized by the public.  In July 2019, by which time virtual currency had begun to matriculate more widely, the IRS took notice, sending letters to 10,000 virtual currency owners who had possibly failed to report income and pay the resulting taxes. The letters strongly recommended that taxpayers review their past tax filings, file amended returns if needed, and pay back taxes, penalties and interest.

In October 2019, the IRS expanded on its 2014 guidance under Revenue Ruling 2019-24 and issued additional frequently asked questions. While this guidance is helpful in addressing questions about the application of income tax principles to virtual currency transactions, companies, nonprofits and other taxpayers may have more complex issues that should be considered with the help of a tax professional.

How Does the IRS View Virtual Currency?

Revenue Ruling 2019-24 also contains detailed guidance on when taxable income may be created by “hard forks” and “airdrops,” two types of virtual currency transactions. The IRS defines a hard fork as occurring “when a cryptocurrency on a distributed ledger undergoes a protocol change resulting in a permanent diversion from the legacy or existing distributed ledger.” It defines an airdrop as “a means of distributing units of a cryptocurrency to the distributed ledger addresses of multiple taxpayers.” A hard fork is not necessarily followed by an airdrop. The IRS guidance focuses on whether the taxpayer has “dominion and control” over the new virtual currency after a hard fork.

Guidance for Nonprofits on Donations

Several nonprofits have begun to accept virtual currency donations. It’s an attractive option for both donors and charities as it draws attention to the nonprofit, taps a younger audience of donors and offers tax benefits. Essentially, virtual currency donations are treated much like stock donations for tax purposes, but they can be quickly converted to U.S. dollars without using a broker. Because virtual currency is considered property for tax purposes, donating it to a nonprofit means that neither the donor nor the charity must pay capital gains tax and the full amount of the donation is tax-deductible for the donor.

The stepped-up communications and guidance are part of an IRS Virtual Currency Compliance Campaign that seeks to address noncompliance in virtual currency taxation through taxpayer outreach and examinations. The IRS recommends that taxpayers maintain records documenting virtual currency sales, receipts, exchanges and other transactions, as well as fair market value. Taxpayers failing to report virtual currency holdings and transactions can be subject to audits and criminal investigations.

Do you have questions about virtual currency and how to report it? Contact Nick Marazza, CPA, at 330-564-8542 or email Nick. 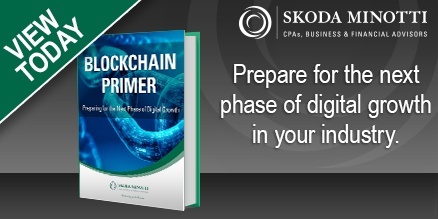