The Minister of Finance, Bill Morneau, tabled on March 22, 2016, the new Government of Canada’s first federal budget, Growing the Middle Class, a plan that, according to the Government, takes important steps to revitalize the Canadian economy, and delivers real change for the middle class and those working hard to join it. Here are the highlights of the 2016 budget.

The budget proposes to continue to provide an additional amount of up to $2,730 per child eligible for the disability tax credit.

Entitlement to the CCB from July 2016 to June 2017 will be based on adjusted family net income for the 2015 taxation year.

The rules governing the CCB will generally be based on those which apply to the CCTB. For example:

Timing of the changes to child benefits

CCB payments under this measure will start in July 2016. The UCCB and CCTB will be eliminated for months after June 2016.

The budget proposes to allow a taxpayer to request a retroactive payment of the CCB, CCTB or UCCB in respect of a month on or before the day that is 10 years after the beginning of that month, effective for requests made after June 2016.

The budget proposes to eliminate the income splitting tax credit currently offered to couples with at least one child under the age of 18 for the 2016 and subsequent taxation years.

The budget proposes to restore the federal labour-sponsored venture capital corporation (LSVCC) tax credit to 15% for share purchases of provincially registered LSVCCs prescribed under the Income Tax Act for the 2016 and subsequent taxation years.

The federal LSVCC tax credit for federally registered LSVCCs will remain at 5% for the 2016 taxation year and will be eliminated for the 2017 and subsequent taxation years.

The budget proposes to introduce a teacher and early childhood educator school supply tax credit. This measure will allow an employee who is an eligible educator to claim a 15-per-cent refundable tax credit based on an amount of up to $1,000 in expenditures made by the employee in a taxation year for eligible supplies.

Employers will be required to certify that the supplies were purchased for the purpose of teaching or otherwise enhancing learning in a classroom or learning environment. 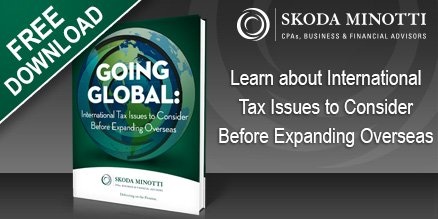 ← Use a Roth IRA Conversion to Your Best Advantage