Are Tokens the New Equity?

For years, many startup and small-cap companies have used stock options to reward employees and pay them for specified services. As partial ownership shares in the company, stock options have enabled such companies to retain founders, directors, employees, outside consultants and other service providers during the early years without having to outlay large sums of cash for salaries.

Now, in today’s digital age, blockchain “tokens” (also called “virtual tokens” or just “tokens”) are fast emerging as an alternative to stock options. In this context, a token can best be described as a digital unit that a company uses to achieve some end result (e.g., compensation, reward).

Tokens as compensation offer many of the same benefits as stock options. Similarly, they also carry legal and tax implications, so any business that is considering using tokens as compensation should follow related best practices with respect to each area. Below, we’ve highlighted some of the key tax considerations.

The downside to a Section 83(b) election is that if the recipient forfeits the awarded restricted tokens, they cannot get that prepaid tax they paid based on the value at grant date.

Through the years, experts have used the Howey Test to gauge whether stocks and other conventional investments fall under the category of securities. Today, tokens are being evaluated using this test. Many industry veterans believe that an agreement to acquire a utility token in the future constitutes an investment contract (as per Howey), and therefore is a security regulated under the Securities Act.

If your company is interested in pursuing token compensation within its compensation framework, your team should evaluate all options with tax-driven advantages. That said, it is imperative to work with qualified legal and financial counsel to ensure agreements are properly written and structured, and all tax considerations are accounted for.

Do you have questions about token compensation, or blockchain in general? Contact Dennis Murphy, CPA, at 440-449-6800 or email Dennis. 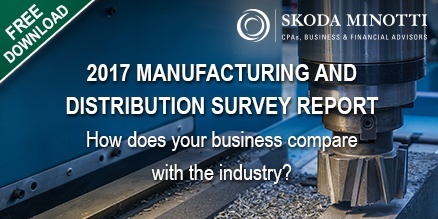 Ohio and Florida Among States with 2018 Sales Tax Holidays →